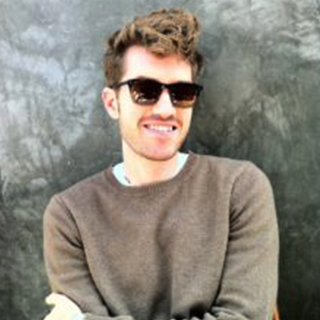 Planning a trip to Tokyo for the 2020 Olympics? Consider a side trip of three hundred miles to the west. Travel less than four hours by high-speed train and you can appreciate the work of Ace Eure, a 2002 Idyllwild Arts Academy graduate. The bullet train will take you to Osaka and a brand-new Nintendo-themed park.

“I’ve been hired as Art Director for the whole experience of the project that will open in Japan.”

Ace—an acronym of Andrew Carter Eure—was art director for the grand opening of The Wizarding World of Harry Potter, at Universal Studios Hollywood, in April of last year.

“I was passionate about set design when I was at Idyllwild, and then at Carnegie Mellon I also studied set design. Now, as art director for these big shows and theme parks, I have to make practicality and artistic vision work in concert. I work with set designers, architects, and an entire technical team.”

His interviewer tries to imagine exactly what Ace does: “So you might have a certain vision, which an architect tells you is impossible according to the laws of physics, and then you have to come up with something else that’s close to your original vision?”

He grew up in Riverside, an hour and a half from Idyllwild. The next few years will be spent in Japan.

“I get to do what I always wanted: to combine my work with international travel.”

Ace describes that work as a “combination of theater, or film, and architecture.”

It’s satisfying work, partly because “the people I work with are phenomenally talented.”

Traveling from Tokyo to enjoy the product of that phenomenal talent—including Ace’s—might still cost under $200 by bullet train when Super Nintendo World opens.