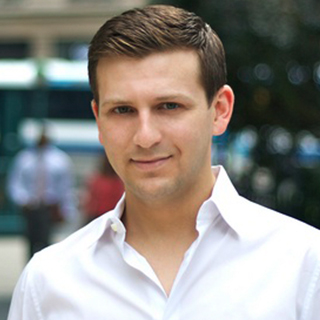 Adam Glick, the first Idyllwild Arts Academy graduate to serve on Idyllwild Arts Foundation’s Board of Governors, has begun his service by “listening first, suggesting and acting second.”

The 2002 Classical Piano graduate joined the Board early this year and has focused on “absorbing the history of the institution and how it has functioned.”

Adam “would love to re-energize” the chamber group he used to play with. But the career that made him an attractive Board of Governors candidate doesn’t leave a lot of time for the piano. He is Senior Development Officer for the Brooklyn Museum, whose team of twenty-plus members is charged with raising some $40 million every year.

“It’s New York’s second-biggest museum after the Met in both collection and footprint. Our new director, Anne Pasternak, is leading a push to involve younger artists in Brooklyn and throughout the city, so it’s an exciting place to work.”

After growing up in Palm Desert and graduating from Idyllwild to UC Santa Barbara to double-major in Music and in Art History, Adam has lived in New York for a decade.

“I specialized in the history of twentieth-century painting for my Master’s from NYU—though I’m absolutely not a painter myself!—and worked at the New Museum of Contemporary Art, Madison Square Park, and the Marian Goodman Gallery before coming to the Brooklyn Museum last year.”

Returning to California for periodic Board meetings keeps Adam connected to a school for which he acts as an “ambassador” in New York.

“When people visit the Museum and say they’d like a more extended artistic experience, I say, ‘There’s this little town in Southern California. . .’”