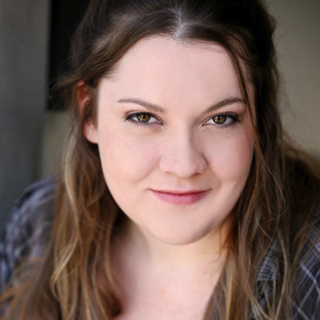 Since graduating from IAA in 1998, Amanda is best known for her recurring role as Dora Mae Dreifuss on the HBO series Carnivàle. Recently having wrapped production on the Kate Beckinsale feature The Trials of Kate McCall, she is currently in pre-production for the films Escort Service and Day After The Revolution. Her other film roles include Crazy in Alabama, The Mummy An’ the Armadillo and South Dakota. Amanda has also guest starred on hit shows such as Rizzoli and Isles, E.R., Boston Public, My Name Is Earl, and Private Practice.

After having read the script for her upcoming film Day After The Revolution, Amanda knew she had to convince writer/director Craig Wilson that Idyllwild was the perfect setting for the film. All it took was one drive up HWY 243. Amanda is thrilled to have her first lead role in a feature film bring her full circle to the mountain town she once knew as home, the place where she cultivated her craft.

Amanda also works as a freelance social media coordinator for the independent record label, Rocket Science, and for producer/director Michael Altman. She is the daughter of rock ‘n roll singer and actor Meat Loaf.