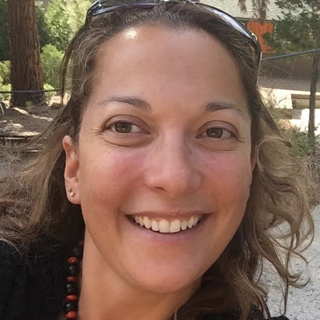 Dr. Amber Pairis is the Director of the Climate Science Alliance-South Coast covering southern California and Baja. Her current work focuses on building a science focused network of leaders, scientists, and managers focused on sharing ecosystem-based resiliency approaches to safeguard our communities and natural resources from climate change.  Pairis leads several initiatives focused on innovative community engagement including Climate Kids and the role of art and artists in building climate literacy. In 2017, Pairis was honored with the National Climate Adaptation Leadership Award for Natural Resources for her outstanding work in raising awareness and helping the nation’s natural resources become more resilient to the impacts of a rapidly changing world. In 2013 Pairis was appointed by Governor Brown as the Assistant Secretary for Climate Change-California Natural Resources Agency and worked collaboratively to coordinate the State’s activities related to climate change adaptation. Preceding the appointment, Pairis served as the Climate Change Advisor for the California Department of Fish and Wildlife for five years and created the Department’s Climate Science Program and CDFW Climate College. In 2006 Pairis worked for the Association of Fish and Wildlife Agencies, Washington D.C. where she was the Science Liaison coordinating between state and federal natural resource agencies on energy and climate change. Dr. Pairis completed her Ph.D. in Environmental Studies at Antioch University New England. She is a fellow of the Robert and Patricia Switzer Foundation.