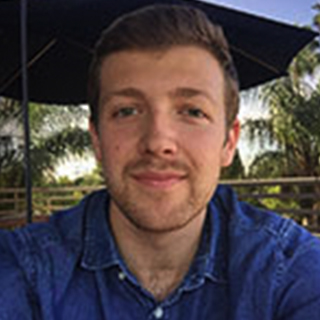 “You must knock on doors until your knuckles bleed. Doors will slam in your face. You must pick yourself up, dust yourself off, and knock again.”

This advice from Michael Uslan, a producer of the Batman films, doesn’t explain a movie and TV producer’s job. But it conveys clearly some of the personal qualities needed by producers, including young, aspiring ones like Andrew Reisfeld.

If you’re a good producer, some of those doors you’ve bloodied your knuckles on will open. Then you have the satisfaction of saying, like Andrew, “I enjoy assembling the nuts and bolts, bringing the best people on, getting it done. It’s a rush!”

“Ultimately I want to produce television,” he adds. “It’s been enjoying an explosion of quality story-telling for over ten years.”

Quality story-telling can leave plenty of room for whimsy: consider the high-school-chemistry-teacher-turned-master-criminal premise of Breaking Bad. And Andrew’s senior film at the Academy, “Shortcomings,” proved his whimsical qualities beyond a reasonable doubt.

“It was about a high-school kid who discovers that he has a small. . .”

Gentleman and scholar that he is, Andrew pursues the matter no further. He changes the subject to “The First Month”, the comedy he recently produced with alums like Jordan Kreimerman and Emily Keifer (both from the Class of 2010), Laura Holliday (2011), Gabrielle DiMarco (2012), Peter Ryan (2013), and Dakota Shapiro (2014).

Idyllwild’s concentration of artists may be unparalleled, but Andrew says that “living in LA, I also meet a lot of other artists.”

Making Los Angeles perfect for finding what he calls “stories that can be challenging”—whether or not they involve embarrassing physiological challenges.