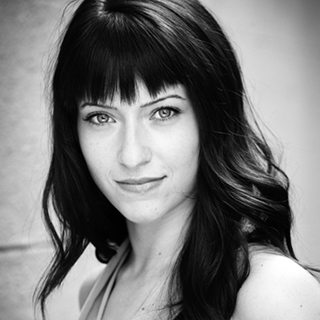 My training at Idyllwild Arts Academy was pivotal in my progression from a young woman passionate about dance to a young woman equipped with the necessary skills for a lasting and rewarding artistic career. There are tools and techniques that help us in our craft as artists and then there are things that have little to do with skill and more to do with the tenuous interplay between being human and being a vessel for artistic expression. Both are necessary to leading a fulfilling artistic life but the latter is something that comes from within and requires the utmost care, skill and intuitive handling from mentors, in order to grow.

The dance faculty at Idyllwild were outstanding in both regards, preparing me for the profession in ways I never even expected. Sure, I learned how to correctly tendue, but I also learned how to listen to myself and trust my instincts as a dancer. This is an invaluable lesson and has proved its worth time and again in a profession that often requires strength in the face of stiff competition and courage to create authentically. The positive reinforcement, the disciplined molding of body and mind, and the freedom to live and create in such an impossibly beautiful setting, these are what make Idyllwild Arts Academy a treasure.

Anila Mazhari, an Oregon native, spent her youth studying various forms of dance, including modern, folk, ballet and capoeira. At 15, desiring more intensive training, she relocated and continued her education at Idyllwild Arts Academy. While there, she had the honor of working with an outstanding faculty and during her senior year, was awarded the Los Angeles Music Center’s Spotlight Award in non-classical dance and the California Emerging Young Artist’s Award in the same category. That same year she was accepted to the The Juilliard School where she received her BFA in Dance in 2009.

Since then she has performed with Sidra Bell Dance New York, Keigwin and Company and the Metropolitan Opera House. She has also toured extensively throughout Europe, South America and Asia as a member of MOMIX. Most recently she spent a season with the Gothenburg Opera Dance Company, in Sweden, where she was involved in the creation of Sidi Larbi Cherkaoui’s critically acclaimed piece Noetic. Through the years she has also had the pleasure of performing works by Ohad Naharin, Lar Lubovitch, Jose Limon, Martha Graham, Bella Lewitzky, Robert Battle and Aszure Barton, among others. With an ever curious mind, she looks forward to where her path will lead and is grateful for all those artists and teachers who have added such inspiration and meaning to her life and career.