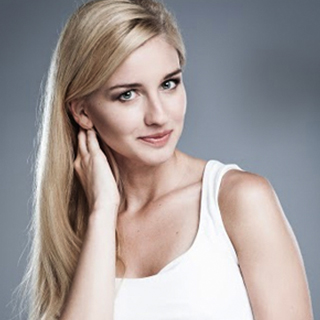 Born in the remote hills of North Carolina, Anna was quickly whisked away to her family’s homeland, Warsaw, Poland, at age two. There, after a few years, she began dancing at a studio, where she learned disco dance and hip-hop. With her team she performed at local competitions as well as international championships in countries including Norway, Finland, Czech Republic, Slovakia, Germany, and Austria.

During Anna’s sophomore year of high school she decided she wanted to take her love for dance to the next level, which guided her to Idyllwild Arts Academy in Southern California. At Idyllwild, Anna combined a rigorous academic program with five to eight hours of dance daily, studying ballet, modern, jazz, and tap. Between semesters Anna participated in dance intensive programs at schools including Nevada Ballet Theatre, University of Colorado Boulder, and NYU Tisch. Intense physical activity was balanced by an interest in creative writing. A quick spin through Fordham University further endowed her with skills in myriad forms of writing, culminating in her arrival at the Dramatic Writing Department at Tisch School of the Arts. Throughout her years in college Anna continued to take classes at Broadway Dance Center and joined the NYU Dance Team. She graduated from NYU Tisch with honors in Dramatic Writing and a minor in English Literature.

Anna is currently performing at Barclays Center in Brooklyn, New York as a member of NBA’s Brooklynettes. She loves the choreography and unique brand of athletic hip-hop that the Brooklynettes represent. Still in her first year on the team, she has already traveled to China to perform at the NBA Global Games, and to Paris for the French All-Star game. She also had the chance to dance at NBA’s All-Star events in February 2015.
Apart from dancing, Anna is actively writing and editing several scripts. In her free time she enjoys hiking, horseback riding, and studying wildlife.

“During my two years at Idyllwild Arts Academy I learned discipline. The school prepared me for the professional world to such extent that very often I felt relaxed in college. I knew how to complete work before deadlines, leaving enough time to continue my dance career. In Idyllwild there was no time to lose focus since I had so much to complete in only two years. I think that this wasn’t only helpful in my further education but also holds great value now, while I’m working as a professional dancer.
The teachers in the dance department have pushed me every day to improve my technique in styles I had little knowledge of before coming to Idyllwild. I applied to the school as a hip-hop and jazz dancer, and a few months later I was performing a ballet piece. It was a truly challenging experience!”