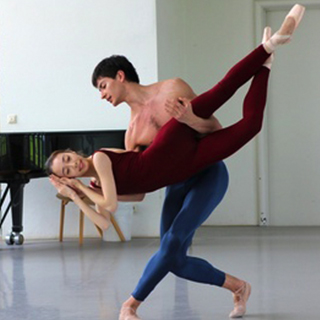 Braulio Alvarez began his dance studies at the age of 4 in Mexico City. He studied at Academia de Ballet del Pedregal for 11 years and in 2003 won a bronze medal at the National Ballet Competition in Mexico. In September of 2005 he obtained a scholarship to study at Idyllwild Arts Academy, California. In June of 2006 he got the prize of the MOST DEDICATED STUDENT given by his teacher Jean-Marie Martz. Other influential teachers in Idyllwild Arts were Janek Schergen, Ronald Brown and Nora Reynolds.

In August of 2006 he was invited by the Mexican Government to dance in a special performance for the President called the Young Mexican Talents. In 2006 and 2007 he attended the Boston and Houston Ballet summer programs both with full scholarship. In January 2007 he was accepted to take part in the Prix de Lausanne where he got various scholarships offered by many professional dance schools such as Houston Ballet School, Munich State Opera School and the Hamburg Ballet School.

He has danced in many major theaters in different cities around the world such as Paris (Paris Opera), St Petersburg, Moscow, Beijing, Shanghai, Hong Kong, Tokyo, etc. He has lately danced soloist roles and has choreographed two different pieces for the performance of the Young Choreographers of the Hamburg Ballet.

During the summer of 2012 he was once again invited to perform at the gala of Mexican young talents at Mexico’s most important theater, the Palace of Fine Arts, where he shared the stage with principals and soloists from the Berlin State Opera, San Francisco Ballet, Australian Ballet, Mexico’s National Ballet and the Royal Danish Ballet.

“Braulio Alvarez made us trully believe in this pas de deux |…| in which the outbreak of a love full of tenderness was translated in perfect secuences, unprecedented, true, worthy of the narrowest close up imaginable” – Gala of Mexican Young Talents 2012, Colombia Moya, La Jornada