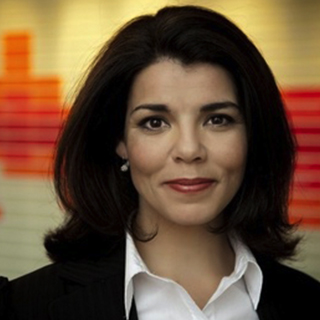 Celeste Headlee’s We Need to Talk: How to Have Conversations That Matter, published on September 19 by HarperCollins, is a response to the demand created by her hugely successful TED talk, “10 ways to have a better conversation.”

For her daily National Public Radio show, On Second Thought, the Music Theatre major from Idyllwild Arts Academy’s first graduating class, in 1987, must coax conversation out of guests who, like many of us, have fallen into the habit of communicating from behind electronic screens. Hiding your phone—not simply putting it down, since a cell phone’s mere presence can be distracting—is one of her many proven, practical suggestions for strengthening our connections to one another.

Celeste’s interest in genuine conversation may have been provoked by the difficulty she experienced, in public school before coming to Idyllwild, in talking about things she “didn’t give a damn about.”

“I’d managed to fit in: I was a cheerleader! But pretending to be someone other than who I was—the kid who had memorized the entire score of Evita—was a tremendous strain. Idyllwild Arts was full of kids who’d experienced the same strain, and suddenly we could be ourselves.”

The brand-new school’s tiny Music Theatre program allowed her to take oboe lessons while also cultivating her love of Broadway. As her voice matured, she discovered that it was as well suited for opera as for Andrew Lloyd Webber.

“I’m a lyric coloratura soprano and I still perform.”

Besides hosting her show, singing professionally, and traveling the world for speaking engagements, Celeste has raised a son, now in college. She emphasized the necessity of a strong work ethic when speaking at this spring’s special luncheon for graduating Academy seniors.

“Talented people are everywhere. You can only separate yourself through hard work.”