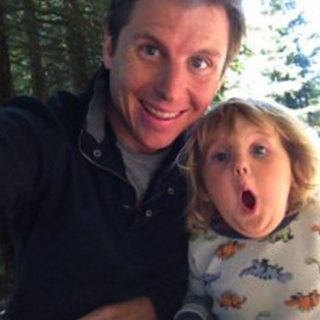 The number says something about how Chester Gilmore’s mind works.

“Eighty percent of what I learned at Idyllwild Arts is applicable to what I do today.”

Not the easy, obvious “one hundred percent” or the hyperbolical “hundred and ten percent,” but precisely eighty percent: as if the 2003 Academy graduate had analyzed carefully both what he does now and what the Theatre Department taught him when he was an Acting major.

What he does now demands painstaking analysis. Chester is Vice President of Manufacturing for Planet (www.planet.com), whose website is clear about the company’s insistence on precision:

“Our satellites image every location on earth, every day, at high resolution—providing a vital new data source that has never before been available.”

Planet is privately owned and valued at over a billion dollars.

“We build mosaic-based maps and sell data to other companies,” Chester adds. “We also publish images of refugee camps and fires.”

He works in the company’s San Francisco office and lives in the Sunset District with his wife, Caitlin Berry—an Academy Dance student in 2002-2003—and their five-year-old son and two-year-old daughter.

“After Idyllwild, I went to the University of Utah to study for a B.F.A. But it was a really well-rounded education that I’d received at Idyllwild. My studies at Utah seemed redundant, and I didn’t graduate.”

Chester had grown up in Palm Springs, so he came back to California.

“I was in Santa Barbara and racing bicycles, waiting tables, and looking for acting gigs. A friend recommended me for an entry-level position in a company that made technology to protect against attacks from rocket-propelled grenades.”

That company got acquired and Chester’s tech career continued its upward arc.

“Not a day goes by that I don’t think about how my IAA Theatre design skills have translated.”