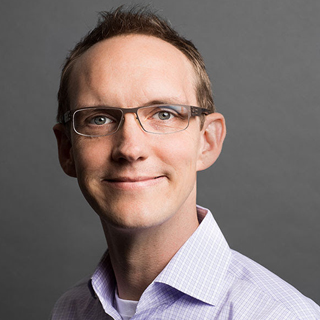 Clay Alexander is an inventor and serial entrepreneur who holds over a hundred patents worldwide and is the inventor of General Electric’s LED light bulb, the GE Infusion™.

He started his first company, Radiance Lightworks, in 1999 at the age of twenty-three. Radiance has become one of the top lighting design agencies in the country, boasting an extensive client list which includes Universal Studios, Mattel, and 20th Century Fox.
Alexander formed his second company, Journée Lighting, in 2005, and created the world’s first LED track light. He scaled Journée to be one of the most respected brands in LED lighting, selling the company in 2015 to EcoSense Lighting.

In 2010, Alexander founded Ember®, a design-led temperature control brand which is creating a new category of consumer products. Since launch, Ember has been extremely well received in the market, with strong sales that have consistently outperformed forecasts, as well as extensive media coverage. Ember is blazing a path to become the next global household brand.