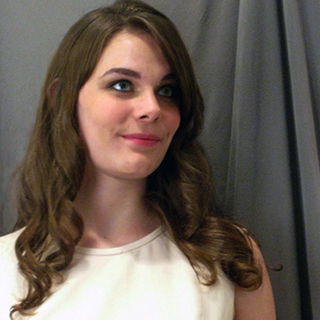 When I was a film major at Idyllwild, I ended up working in pre-production a lot. I loved planning and being an Assistant Director and then a Producer made me really good at it. Those jobs are sort of a futile attempt to keep production organized, because no matter how much was planned, things still went wrong. This was hard for me to accept sometimes because I was really attached to my plans, but a lot of these last minute changes ended up being the best things about movies. This made me realize that my planning mentality went beyond set. The endgame to my plans in life or on set didn’t always make me happy, but it did always make me ask, “Now what?” Because of Idyllwild, I learned that the best question to ask isn’t what the next plan is, it is actually the cliché and underappreciated school motto, “Who am I? What do I stand for?” The answers to those questions are elusive, constantly changing, and trying to answer them has always lead to something new and exciting for me. Because of Idyllwild and the film department, I decided the only plan I really need is to “Remember who I am and what I stand for.”
Ellen Jacobs is a Dramatic Writing major at NYU, with a concentration in TV writing. She is currently interning at Frederator Studios’ Youtube channel, Cartoon Hangover (responsible for web cartoons Bravest Warriors and Bee and Puppycat). Upcoming work includes Ghost Bar, an audio play, and she is co-producing The Octopus, a full-length pay, both will premiere in November. In her spare time Ellen should probably be a little more productive, but instead she just stays home and watches Netflix.