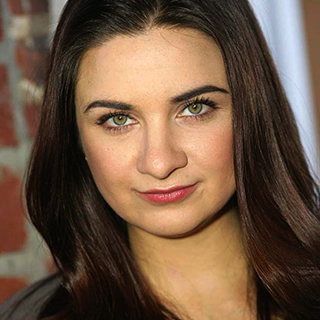 It’s a long way from a small town where “you don’t exist if you’re not interested in sports” to a pirate ship in the Caribbean. But Emma Campbell made the journey, even though her ship has run aground in Florida this winter.

Emma graduated from Idyllwild Arts Academy in 2002 as a Musical Theatre major. Now, the wide vocal range that enables her to sing both alto and soprano is on show in multiple roles in The Greatest Pirate Story Never Told!, playing through March 26 at the Florida Renaissance Festival.

The sports-mad town where she spent the bulk of her childhood is Jasper, Indiana. Her two years in Idyllwild led to the Liverpool Institute for Performing Arts, in England, where she found that she still hadn’t fallen in love with basketball. Instead, she majored in Theatre and minored in Directing, graduating in 2005.

One highlight of Emma’s time there was traveling throughout the UK and France with an eclectic company of theatrical performers, chemists, and mathematicians, creating and performing educational skits about science for children.

“We had the dry ice explode a couple of times, so having the chemists along came in handy.”

Returning to the United States meant deciding between Los Angeles and New York.

“But for stage work, New York has greater opportunities than LA—plus I don’t have to drive.”

She lives now in the Ditmars Boulevard area in the northwest corner of Queens, which she calls “the next Brooklyn.”

“And believe it or not, it’s only ten subway stops from my apartment to the theatrical district in Manhattan.”

Emma gives acting and singing lessons to children and has done a lot of cabaret, and even Shakespeare. So her career is not simply about musical comedies like The Greatest Pirate Story Never Told!