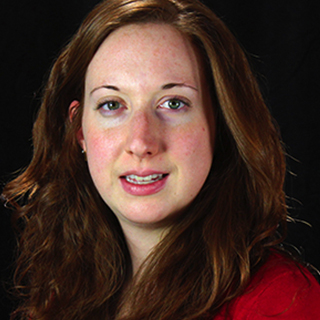 And the community will miss her. Erin Latimer grew up in Idyllwild, graduated from Idyllwild Arts Academy in 2002, and has taught English here for eight years and served as Husch Hall’s Dorm Head for seven years.

Erin’s excitement comes from looking forward to completing her M.A. in Middlebury College’s Bread Loaf School of English. Bread Loaf’s unique program sent her to Vermont in the summer of 2013, to Oxford University, in England, the following summer, and last summer to St. John’s College, in Santa Fe. She has two more summers in the program, this year in Vermont again and then, she hopes, back to Oxford in 2017.

“I want to teach literature at a higher level.”

But advancing from her M.A. to a Ph.D. program isn’t guaranteed. Like any lover of literature—her Bread Loaf studies have focused on Shakespeare and Virginia Woolf—Erin has her own creative impulses, implied by her emphasis on creative writing and book art while earning her B.A. in English from Mills College, in Oakland.

So she’s “leaning toward a Ph.D., but torn.” Instead, she might pursue an M.F.A. in creative writing and book art at Mills, which gave her an undergraduate experience that “I would do again in an instant.” Studying at Mills would also put her close to friends in the Bay Area.

Erin’s desire to bring intense focus to the remainder of her Bread Loaf studies explains her decision to leave Idyllwild Arts Academy at the end of May and her plan to work at “something mundane, like answering phones.”

Boring, perhaps. But not scary for someone who isn’t afraid of Virginia Woolf.