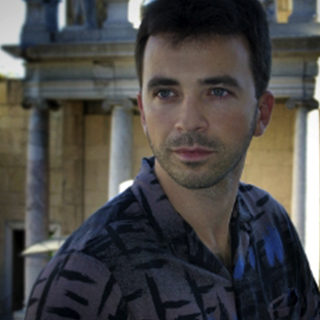 Born into a family of concert pianists, Georgi’s musical guidance has come from some of the most respected musicians in the world today. He was conferred degrees with distinction from Idyllwild Arts Academy, Rice University and the Cleveland Institute of Music. In 2005 he received the Doctorate of Musical Arts degree from the University of Southern California, where he was an Assistant Lecturer and was awarded the “highest distinction of the keyboard department” in his graduation class.

Winner of numerous national, international and concerto piano competitions, Georgi has performed at the Weill Recital Hall at Carnegie Hall and has been a soloist with many orchestras including the Cleveland Orchestra. His active piano career has called him to perform in festivals and venues on three continents.

In 2005 the U.S. government declared Georgi an “alien of extraordinary ability in the arts” granting him U.S. residency and citizenship.This prestigious status is reserved for the small percentage of artists who have risen to the very top of their field globally.

Georgi is an esteemed and dedicated pedagogue and currently resides in Los Angeles. He composes pieces and soundtracks, using conventional acoustic instruments as well as the latest innovations in the electro-acoustic medium. He is the composer of the city anthem for Plovdiv, Bulgaria and his orchestral work was the winner in the “7/8″ competition for composition in 2010. He has created new music for the concert stage for orchestra and pop performers, as well as short films and documentaries. Together with Maria Elena Infantino, he has been touring and performing his own arrangements of the music of Edith Piaf.