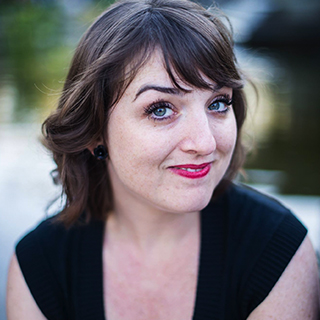 Jacque works as an actor, producer, choreographer, and artistic director in New York City. Jacque was a 4 year theatre graduate of Idyllwild Arts Academy and is so excited to be back on the mountain! In New York, Jacque is the Artistic Director of Believe NYC, a non-profit arts organization, and is co-producer of the annual Broadway benefit concert, Arts For Autism hosted by Kelli O’Hara at The Gershwin Theatre which has raised over $80K for Autism Speaks. She has performed her one woman show: From Main Street to 42nd Street in New York at 54 Below, Symphony Space, The Triad and venues around the country including The Berkshires, Dallas, and Los Angeles. Broadway Concerts: Sondheim at Seven honoring Stephen Sondheim for the Irish Repertory Theatre at Town Hall, Arts For Autism benefiting Autism Speaks at the Gershwin Theatre. Off-Broadway credits: A Child’s Christmas In Wales at Irish Repertory Theatre, Jane Austen’s Pride and Prejudice at NYMF, The Baker’s Wife at The York Theatre starring Renee Elise Goldsberry, The Boyfriend, Irene, and Primrose all at Musicals Tonight!. National Tour: Cinderella. Regional: The Bakers Wife (Paper Mill Playhouse) starring Alice Ripley, A Little Night Music (Baltimore CenterStage), Pirates of Penzance (Goodspeed Opera House), Cinderella (Ogunquit Playhouse), Beauty and the Beast (Gateway Playhouse). Jacque was also a part of the Pre-Broadway lab of the new musical, Spongebob Squarepants, a soloist for the Boston Pops, and is one of the senior company choreographers at McCarter Theatre Company at Princeton. Jacque holds a BFA cum laude from the Boston Conservatory in Musical Theatre with an emphasis in theatre dance styles. Jacque is over the moon to be back at Idyllwild Arts Academy!