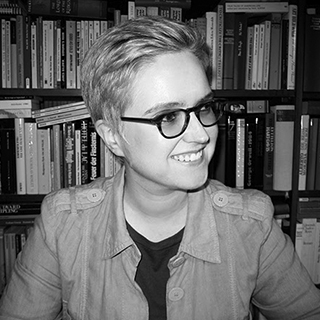 Johanna Elisabeth Gjersvik was talking one week after the presidential election. More precisely, just about a week to the minute after Fox News had called Wisconsin.

“I’m sure you have an opinion about how he’s likely to do in office.”

The 2001 Idyllwild Arts Academy graduate in Creative Writing, a native of Bergen, Norway, paused. It was hard to resist the inference that her own view was not optimistic.

“But whatever you think about that, there should be grudging admiration of the skill with which he created a narrative about the country and told stories about himself and all his opponents—whom he destroyed.”

Johanna’s Ph.D. thesis in American Political History from King’s College London will examine the ability of presidential candidates to tell their stories, as well as the effects of those stories. She had studied the latest successful presidential story-teller carefully, though the conservatism of King’s College will prevent her from writing about anything post-Obama.

“That’s all right. I’ve heard that in France you’re not allowed to write about anyone who’s still alive! And the great presidential story-tellers, the great image-makers—JFK, Reagan, Obama—will give me plenty to write about.”

“I love teaching, but can’t see myself in an academic ivory tower. So let’s see how this new venture does.”

It’s called The Creative Fire. (The website, at www.thecreativefire.com, is being redesigned but will be online again in early December.) Johanna and her three partners help business clients and individuals develop corporate identities and implement media strategies. They work with the clients to assist them in figuring out who they are and what stories they want to tell about themselves.

Despite her excitement about The Creative Fire, she admits to a down side.