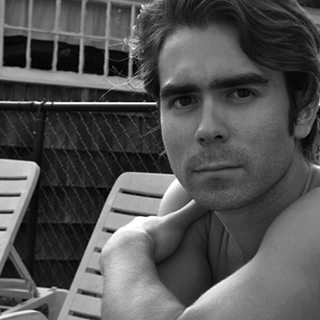 The Idyllwild Arts Academy was a place that created space for imagination. I entered Idyllwild vaguely knowing how to approach dance as an art form, and during my time there I honed my own personal relationship to dance and the world, but also realized the potentiality of it. I learned how to respect, utilize and maximize my body, but I also learned to respect, utilize and maximize the art. I learned that I needed both to define my own success and now many years later, I am grateful to have had the mentorship, guidance and artistic exposure, to assert this perpetual curiosity and practice into my current professional and international life.

Julian Barnett is a choreographer, performer, musician and teacher who is busy exploring transformation, empathy, language and musicology as conceptual frames for his body of work. He was born in Tokyo, Japan, raised in Northern California, lives in New York City, and works in Europe regularly. He first began breakdancing at a young age and later attended the Idyllwild Arts Academy, The Alvin Ailey School and The Joffrey Ballet School. He went on to study at New York University’s Tisch School of the Arts and later received his MA in choreography from the ArtEZ Dansacademie in the Netherlands.

Since 2009, Julian has received critical acclaim for his growing body of work, which have been invited throughout New York, North America, Europe, China and Japan. His first piece FLOAT, was acquired by the repertory company Hubbard Street Dance Chicago, and performed internationally. Since FLOAT, Julian has focused on longer, more experimental works, creating new pieces as an artist-in-resident at The Joyce Theater in New York, Springboard Danse in Montreal and most recently at K3 Tanzplan Hamburg in Germany. In addition, he has received commissions/presentations by the Juilliard School, Jacob’s Pillow Dance Festival, Dance Theater Workshop, PS 122, SUNY Purchase, Movement Research, AUNTS/American Realness Festival and others. His piece SOUND MEMORY, commissioned by Danspace Project in New York, was selected as the “Best of 2009″ for Dance by TimeOut New York Magazine, and his solo THE CLEAN STATE, was a finalist in the Sadler’s Wells Global Dance Contest in London.

Julian was recently awarded a US/Japan Creative Artists Fellowship from the NEA and also attended the Impulstanz International Dance Festival in Vienna, Austria as a danceWEB scholar. As a performer, Julian collaborated on the duet SHIFT, by Johannes Wieland, which won the Kurt Jooss Award and performed alongside Pina Bausch’s Tanztheater. He was a founding member of Larry Keigwin’s company in New York, and also performed in the companies of Doug Elkins, Lar Lubovitch, Shapiro and Smith, Kevin Wynn and the Metropolitan Opera with Doug Varone. Since then, Julian has primarily been involved in the influential work and processes of Wally Cardona, Sarah Michelson, Jeanine Durning and Steve Paxton.