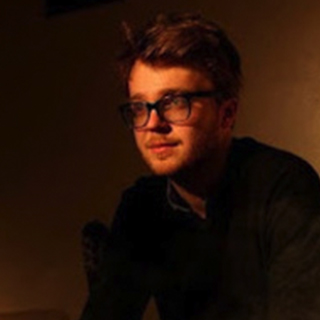 I lost my “Hollywood virginity” on a Coca Cola shoot when I was 8 years old, which hooked my interest in cinematography. Like most cinematographer stories, mine began with my father’s 8mm camera. After eight years of filming everything from experimental shorts to more or less epic period dramas in my home town in South West Germany, I decided to take it a step further and attend a proper film school.

Aged 16, I moved to California to attend the Idyllwild Arts Academy to study Cinematography. Idyllwild gave me the opportunity to explore my visual style in a safe and creative environment. Shortly after graduating from IAA, I moved to London, UK to attend the Metropolitan Film School at Ealing Studios, specializing in cinematography. During my time at Met Film, I was tutored by legends like Robin Vidgeon, BSC, Nic Morris, BSC, and Paul Wheeler, BSC. In London, my work became more diverse, ranging from professional music videos to short films shot all over the world. I graduated with a first class honors BA in Cinematography in 2013.

In the same year, I enrolled at the prestigious AFI Conservatory to finalize my studies with a MFA in Cinematography. At AFI, I was tutored by ASC greats like Bill Dill, ASC, Bob Primes, ASC, and Stephen Lighthill, ASC as well as countless masterclasses with some of the world’s most celebrated cinematographers.

Studying film at the Idyllwild Arts Academy allowed me to continue my education at some of the best film schools in the world. During my college years, I was miles ahead of the other students due to the professional level of theoretic and practical knowledge gained in the Film department. To this day I find myself using techniques and tricks I learned from the IAA faculty
on set.

I matured from a kid who likes movies to a cinematographer with a sense for visual language. Some of the people I met during my high school years have become professional partners in the film industry and have opened doors that would have otherwise taken years to go through on my own. In short, Idyllwild Arts is the perfect first step for any young talent who wants to work in the film industry.