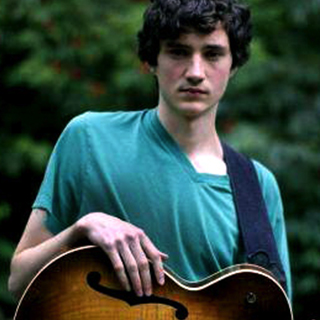 Lake Jiroudek is an Oregonian who was born and raised in a small town called Cannon Beach. He took an interest in guitar around the age of 10 when his brother started a punk rock group called Angry Salad. His passion for guitar attracted him to artists such as Wes Montgomery, Pat Metheny and George Benson, who consequently sparked his curiosity towards jazz. When his hometown failed to nurture his musical development, Lake applied to Idyllwild Arts Academy where he ended up attending on a full tuition scholarship. During Lake’s last two years in high school, he received many awards, which include the Downbeat Outstanding Soloist Award, the Oregon Hall of Fame Scholarship, the Berklee Superior Musician Award, and the YoungArts and Spotlight competition’s Honorable Mention award. Along with his awards, Lake also won the guitar chair for The Jazz Band of America, The Next Generation Jazz Orchestra, and The Reno All-Star Combo. Lake is now attending The Juilliard School where he is earning an undergraduate degree in Jazz Studies.