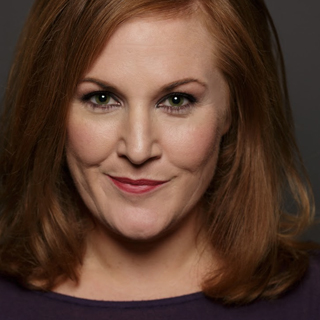 In her formative years, Mandy received classical voice training, sang with a professional choir, and performed in numerous theatrical productions throughout her native San Francisco Bay Area. She won recognition along the way, including a “Command Performance” award in the Solo Performance category at the California State Talent Competition in 1995. She attended the elite arts high school Idyllwild Arts Academy, where she received training in Musical Theatre. Upon graduating, she spent a summer sampling a different kind of singing – Rock – at Paul McCartney’s Liverpool Institute for Performing Arts in the U.K.

When she started college at Northwestern University, Mandy shifted gears, pursuing a degree in Communication Studies. She maintained some level of involvement with music, however, from the
business side: her corporate experience began with a role in Artist Relations at one of the earliest music websites, Riffage.com. She also served as Industry Relations Chair on the student-run record label, Niteskool Productions, and booked campus acts in Chicago venues. After college, her career path led her into other realms of business, and Mandy stepped away from music entirely—until 2015. After nearly 17 years away from the stage, the absence of music in her life had become intolerable, so she redirected her attention to the art that she regards as her “first love”. In the year that followed, she appeared in several musical revues at San Francisco’s Marines Memorial Theatre with the company JB Presents. She made her cabaret debut in 2016 at Society Cabaret San Francisco with the acclaimed two-woman show, A Blonde And A Redhead Walk Into A Bar. She also developed an interest in voiceover and started studying the craft at San Francisco’s premier voiceover academy, Voice One.

Her music career soon brought her to Los Angeles, where she debuted her first solo cabaret show, I Don’t Need A Map, at Tom Rolla’s Gardenia in February 2017. Following her solo debut, Mandy appeared in a string of showcases and benefit concerts around L.A., and she presented a second original cabaret show, Do-Overs, in San Diego, with the help of illustrious Producer/Director Clifford Bell.

Future performances of Firecracker Jazz are now being planned for 2017-2018, along with special appearances around the Southern California region. To hear Mandy’s music and see what projects and performances she has in the works, visit www.MandyKemp.com.