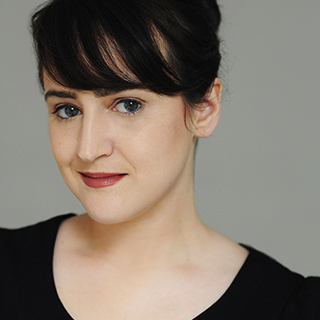 Mara Wilson’s comfortable voice on the other end of the phone was hard to square with some of what she said as she discussed her new memoir, Where Am I Now?: True Stories of Girlhood and Accidental Fame.

“I was angry and confused when I came to Idyllwild. But my two years there changed that.”

The former child star of Mrs. Doubtfire (1993) and Matilda (1996) graduated from the Academy in 2005, having enjoyed a “wonderful experience” that dissipated the anger. What about the confusion, however, which you might think the “multiple death rumors” about her would keep alive?

Where Am I Now? tells the story of Mara’s anger and confusion—and their vanishing—well enough to have been named a best book of the month by GoodReads and Entertainment Weekly. On the phone, during a break from her successful national book-promotion tour, she must be brief. But a few words about those death rumors speak volumes:

“When you disappear—when you’re not a child star anymore—people don’t know what to make of you. That you died is an easy explanation, but I just laugh it off.”

She laughs convincingly as she says it.

Mara has a lot to be happy about now. That includes her memory of Idyllwild Arts Academy, where Bonnie Carpenter, now the Theatre Chair, “gave me so much guidance” and where she learned that “I didn’t have to be one thing.”

This meant learning that acting wasn’t her only talent and that another one was writing, to which she is now “pretty much devoted.”

The memoir was preceded, in 2013, by the staging of her first play, Sheeple, for the New York International Fringe Festival, and now she’s “trying to do TV writing.”

It’s where she is now.