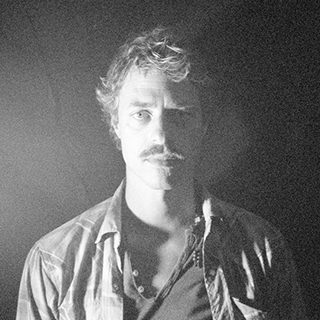 From digging into desert grooves with Tuaregs on the rooftops of Timbuktu to all-night trance sessions with Sufi masters in the mountains of Morocco, percussionist, composer, and globetrotter Orpheo McCord has traversed a wide musical landscape over the past twenty years.

Orpheo has been an active member of the Grammy Award-winning group Edward Sharpe and the Magnetic Zeros (best known for their single, “Home,” as well as their high-energy live shows) since the group’s inception over a decade ago.

Early on his musical journey, McCord would discover a deep love for the sacred rhythms of Africa and South America. This drove him to deepen his studies in Ghana, Mali, Morocco, and Cuba.

McCord’s worldliness ensured that he made a name for himself, recording and touring as drummer for the influential post-punk English group, The Fall, as well as prolific songwriter Cass McCombs. He also performed with other luminaries such as The Flaming Lips, Ima Robot, Fool’s Gold, Tinariwen, Master Musicians of Jajouka, Brightblack Morning Light, and Harper Simon, among others.

Presently, Orpheo is immersed in resonant percussion and its use in creating music that calms the nervous system and allows the listener to go into a meditative state. He has developed a unique sonic palette using marimba and an array of indigenous instruments hand-selected on his travels around the world. McCord’s ever-evolving exploration of indigenous music as well as his passionate curiosity to push sonic boundaries allow him to stand out both as a musician and a composer.

McCord, who lives in Ojai with his wife and two children, has just completed his debut solo album, Recovery Inhale, released in January.