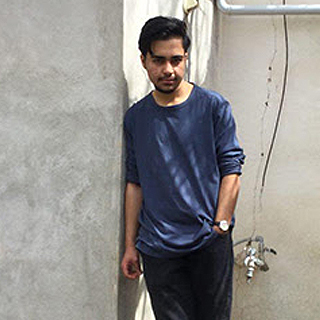 “I’m worried about being able to return to the U.S.”

Parsa Sheikholeslami, Idyllwild Arts Academy’s 2016 Creative Writing graduate, has reason to worry. Even before President Trump began trying to block entry by citizens of several predominantly Muslim countries, getting a visa was often a challenge for Iranians. It’s unclear, needless to say, how keeping Parsa out would help safeguard homeland security.

“I want to go to college in the U.S., and Goucher”—a liberal arts college near Baltimore—”has made a very generous offer. It seems I’ll go there, but I’m also looking at Canada and Europe.”

Talking by Skype from his home in Shiraz, in southwestern Iran, he reported that he now teaches English to “students who are older than me” and makes art in different forms.

“I’ve been writing a little, although mostly for my college-application essays, but also making movies and trying to learn the guitar.”

Parsa explained that “I don’t consider myself a writer,” which would surprise those at Idyllwild who appreciated his talent. His first artistic love had been music, however. At the Academy he is remembered as someone who arrived, he admits, “without having heard of the Beatles and not knowing what jazz was.” But he eagerly sponged up Western and American culture in general, and music in particular.

“When I was little, I literally carried my recorder around with me all the time, and then I started learning to play the piano.”

“I learned by watching Internet videos, but the Internet was expensive. Except from 2 am to 7 am: it was free then, so that’s when I’d practice.”

Because of American governmental unfriendliness to Iranians, it remains to be seen where Parsa will live. But how he’ll live is clear enough:

“I don’t like to think about living without involvement in the arts.”