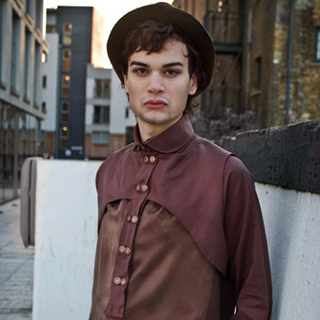 Quoi Alexander is a native of California. He studied at Idyllwild Arts Academy from 2005-2009 before moving to London to study fashion design womenswear at Central Saint Martins. After interning for various brands in London including Alexander McQueen and Mary Katrantzou, he moved to Paris to intern for Chanel and Sonia Rykiel before finally continuing at Chanel in a freelance position. Quoi is currently in plans for starting his own label in Paris.

Here is an article on Quoi, with a discussion of his final show at Central St. Martins and his plans for the future.