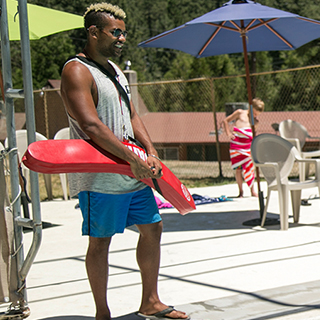 Though the BBC had bumped into Richard Peacock in Dubai International Airport, we couldn’t catch up with him until Mumbai, where he didn’t slow down.

Skyping from a friend’s laptop in the studio of Navdhara India Dance Theatre, the 2009 Idyllwild Arts Academy graduate talked about his busy day. It was 8:30 pm in Mumbai, and he was still breathing hard from the day’s last ballet class. Our conversation took place in mid-April and Richard had been in India on-and-off since October.

“My stomach did a lot of work getting used to the food at first,” he admitted. “Just walking down the street was a mission, and crossing the street was a nightmare. And the noise! I might be walking with a friend who would ask me what I thought about something, but I literally couldn’t hear myself think.”

Had he managed to adjust?

“I love it here! I live right down the street from the studio, and I’ve picked up the basics of Hindi so that I can direct rickshaw-drivers and do things like that.”

Richard had met the Navdhara dancers when they performed in Los Angeles last year, and they impressed him so much that he decided to study with them.

“Flying from the West Coast to India and back isn’t cheap, but I raised ninety percent of what I needed with a GoFundMe campaign.”

He had also done some traveling within India, teaching a musical theatre workshop in New Delhi, seven hundred miles inland from Mumbai.

Now, after going about as far from Idyllwild as you can without leaving the planet, Richard has come all the way back: he’s here for his annual summertime gig as lifeguard for the campus swimming pool.