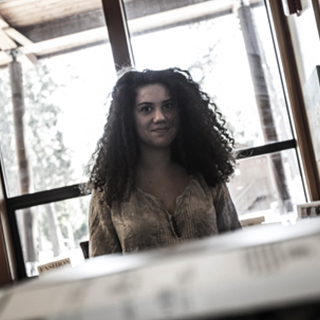 Since graduating, Sabrina had a play that she wrote for Kindergarteners produced at a childrens’ theater called Kids-N-Co. The play was called “The End: A Fairy Tale.” She is also currently directing her own show at the same childrens’ theater, called, “Everything Is Awesome: A Celebration of Music in Movies.” Furthermore, a short story Sabrina wrote called “Bells and Angels” has been published in a teen chapbook called ForWord, which is a project funded by the El Paso magazine, Bordersenses.

“Not a day goes by when I do not value the education I received at Idyllwild Arts Academy.”