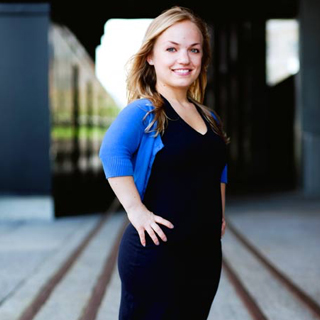 Teale Sperling is an Idyllwild Arts class of ‘05 Theater graduate. After graduating from Rutgers University with a B.F.A. in Acting, she moved to New York where she performed at Radio City Music Hall, American Repertory Theater, Yale Rep and Red Bull Theater Company. She then moved to LA and decided to pivot into development and producing for TV and Film.

After interning for acclaimed producers Lynda Obst and Gran Via Productions where she got to learn from the producers behind such projects as Interstellar, Sleepless in Seattle and Breaking Bad, she landed at Mattel as assistant to executive producer Julia Pistor. There, Teale got to work on several Barbie animated feature films and the documentary Tiny Shoulders: Rethinking Barbie on Hulu as a production coordinator. She now acts as lead producer of the Barbie YouTube Vlogger, a biweekly YouTube series with over 6 million subscribers that stars Barbie as an animated vlogger, discussing various topics that are important to her and participating in popular YouTube trends and challenges.

Teale also had the opportunity to work as Associate Producer on both seasons of “The Toy Box” competition show on ABC hosted by Eric Stonestreet and as Consulting Producer on the “Hot Wheels 50th Anniversary Special” on History Channel.

Currently, she is Manager of Creative Content at Mattel Television. Teale lives in Los Angeles with her husband Nic and French bulldog Rosie.