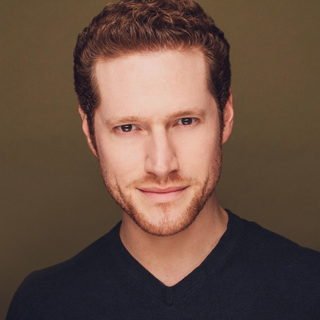 Victor Wisehart is a Manhattan based performer who has been an active member of the Broadway Community for over 10 years. An accomplished triple-threat, Victor attended The Boston Conservatory on a full scholarship graduating Cum Laude with a BFA in Dance. After the Boston Conservatory Victor joined the New York Theater Ballet where he began to work with his mentor Gemze De Lappe, becoming her protégé and continuing the legacy of Agnes De Mille’s choreography for OKLAHOMA! and Carousel. Leaving for the 50th Anniversary World Tour of West Side Story, he made his Musical Theatre debut in the role of Diesel at the Theatre du Chatelet in Paris. He continued to tour with WSS to Vienna, Athens, Düsseldorf, and Zurich, and on to his West End debut at the Sadler’s Wells Theatre in London. He made his New York stage debut in City Center Encore’s production of Pipe Dream . He appeared in Lincoln Center Theater’s production of South Pacific at The Kennedy Center, as well as for its first national tour. Additional performing credits include My One and Only and Damn Yankees at Connecticut’s Goodspeed Opera House Pirates!, Dreamgirls, Oklahoma! And A Chorus Line at The Muny in St. Louis. My Fair Lady and The Pajama Game at Arena Stages D.C. Pirates! and The Jungle Book, and The Huntington Theater in Boston, and The Goodman Theater in Chicago. Victor returned to the Theatre du Chatelet with the world premiere of An American In Paris, continuing with the production to his Broadway Debut originating the role of Mr. Z in An American In Paris on Broadway, and was a featured performer on the 69th Tony Awards. He then went on to originate the role of Hollywood Director in Roundabout Theater Company’s taptastic Holiday Inn on Broadway, which was recorded for the cinema by Broadway HD and played in movie theaters all over the United States and PBS’s Great Performances. He was also a featured performer with Holiday Inn on the Today Show, and The Macy’s Thanksgiving Day Parade. His voice can be heard on the cast recording of City Center Encore’s Pipe Dreamand The Original Broadway Cast Recordings of An American In Paris, and Roundabout Theater Co’s Holiday Inn. Victor can be seen in Holiday Innstreaming on Broadway HD.