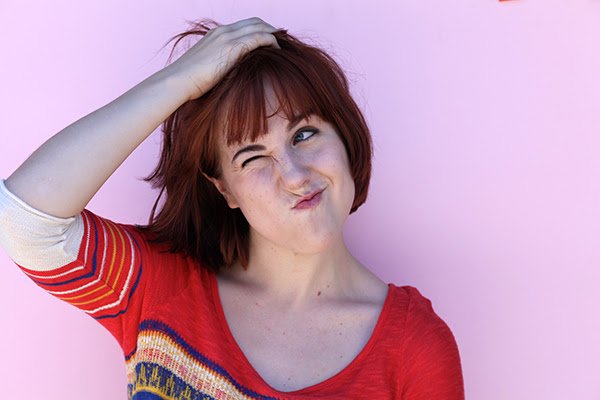 Would you die if you couldn’t laugh?

Flattened by the world’s tragedies, could you muster the strength to get up if you thought the gloom would last forever? Was Will Ferrell thinking “No way” when he cofounded Funny or Die?

Or is analyzing the name of one of the comedy websites for which Laura Holliday directs videos being too serious?

“I don’t like taking myself seriously,” admits the 2011 Idyllwild Arts Academy alum, subsequently a graduate of The Second City Los Angeles and Upright Citizen’s Brigade Theatre.

Politely overlooking her interviewer’s bad manners, Laura steers their conversation back on course.

“I love comedy, and now that I’m writing, directing, and acting in comedies, I’m doing exactly what I want, although on a small scale. My goal is to sustain this in TV or independent features.”

That’s no joke. Besides shorts like “The First Month,” Laura is already directing her first feature, which she scripted. The romantic comedy Daddy Issues showcases her talent for communicating with actors, which “comes pretty naturally to me.”

It is a precious gift for a director who must put performers at ease so they can be funny.

What aspect of directing does not come naturally?

“Visuals and working with a cinematographer. But practicing at ArtCenter College of Design”—in Pasadena, where she plans to graduate next spring—“has helped me think visually. Now it’s something I love.”

Jealous that Laura’s career is taking off? You’ll feel better if you remember she’s just a “Sad Lonely Girl” with “Attachment Issues.”