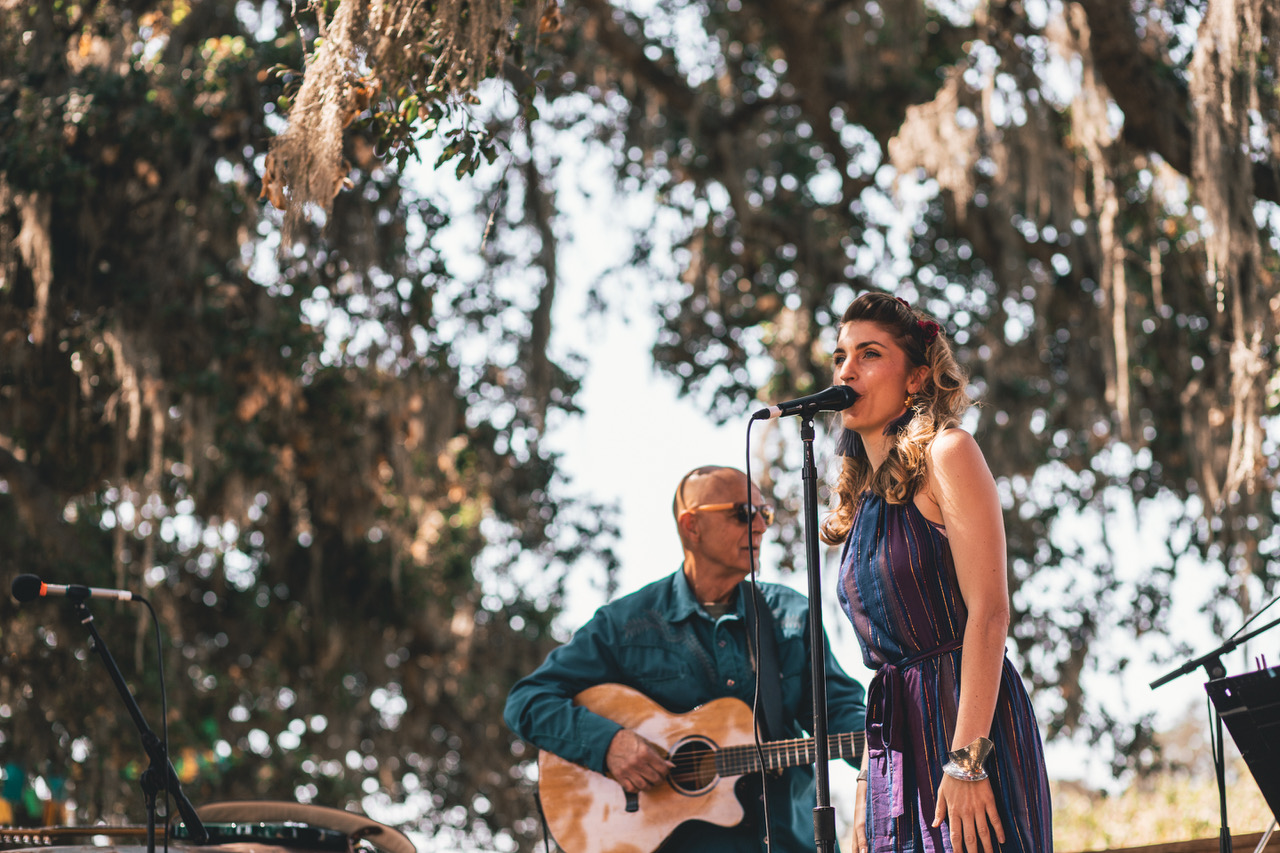 “It was very The Devil Wears Prada,” says Nicole Stromsoe.

The 2003 Idyllwild Arts Academy graduate was talking about a job she had several years ago. This was before she began making a career of singing with her band (nicolestromsoe.com), often in the San Luis Obispo area of California’s Central Coast that she calls home.

“I ran a small fashion-design house for a celebrity wife. It would be mean to say her name.”

A packed weekend of performances around San Luis Obispo and a few hours north, in Gilroy, had exhausted her. After that, the flu had struck. Yet working for the celebrity wife was funny in hindsight, and she was warming up to recounting the horrors.

“She might call from Paris in the middle of the night and ask me to get her a taxi. It convinced me I didn’t want to be part of Hollywood, and I got sick from the stress.”

But Nicole’s laughter suggests that she’s a glass-half-full type. What’s this glass half-full of?

“I learned a lot about business.”

Knowledge that she may soon begin applying to teaching yoga–“I’m finishing yoga teacher training”–and that surely hasn’t hurt the music career for which she was trained by the Academy and by Berklee College of Music, in Boston.

“We just did our first tour, up in Mendocino County. And we’re recording and starting to play different festivals.”

Including Whale Rock (whalerockmusicfestival.com/lineup), in Paso Robles this September, where Nicole and her band will perform tunes coming from jazz, soul, old R & B singers like Ruth Brown, folk, and old-time country, plus “my original material that I guess you’d call ‘art songs.’ But we play every song with our own sound.”

After finishing Berklee, in 2010, Nicole “debated staying out there”—meaning New York rather than Boston—”but I had no connections.”

Her decision to come home looks like a good one.